Proposals for visiting interesting places in Bulgaria or Bucharest excursions

„InTrans Services“ offers group and individual tours to historic and natural landmarks, museums and monasteries, winter mountain and summer resorts in Bulgaria and Romania. We enable our customers to plan the route to each point in Bulgaria and Romania.
Check out our suggestions for trips to interesting places in Bulgaria, excursion to Bucharest or shopping in the biggest mall centers of Romania. 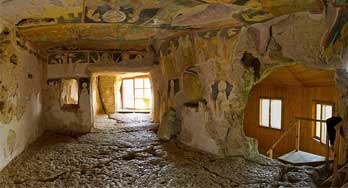 Price: 37.00 BGN (19 €) with 90 min waiting
Ivanovo Rock Churches are located about 20 km away from the town of Rousse near the village of Ivanovo. The monastery combines several rocky complexes. They are distinguished by their well-preserved frescoes and represent a branched net of small rock churches, chapels and cells carved at different heights in the rocks of the remarkable canyon of the Roussenski Lom River.

The medieval town of Cherven 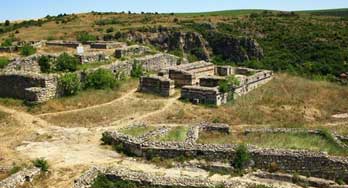 Price: 48.00 BGN (25 €) with 90 min waiting
Cherven is situated on a high rock ridge, surrounded by Rusenski Lom river in the village of Cherven, about 30 km from the town of Rousse. During many years of excavation and exploration, a large feudal castle, fortress walls, underground water supply passes, public administration buildings, 13 churches, a street network, residential buildings and workshops were discovered. 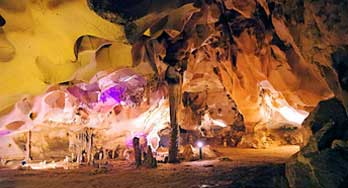 Price: ???.00 BGN (?? €) with 120 min waiting
Orlova chuka cave is located about 40 km from Rousse, near the village of Pepelina, Dve Mogili Municipality. Orlova Chuka cave is a complex system of cave tunnels, large and small halls. The entrance of the cave was opened in the summer of 1941 by the shepherd Stoyan Spasov. It is the second of the longest caves in Bulgaria with a total length of 13 437 m galleries and a relatively constant temperature throughout the year (14 ° C). 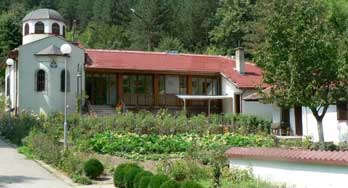 Price: ???.00 BGN (?? €) with 120 min waiting
The monastery “St. Marina “is located near the village of Karan Varbovka about 55 km. from Rousse. According to the legends, the monastery was founded in the Second Bulgarian Kingdom and existed until the fall of Bulgaria under Ottoman domination. Nowadays, the monastery is constantly active. The monastery church was built in 1890, and then the holy spring was shaped like a well. It is believed that the water is healing. 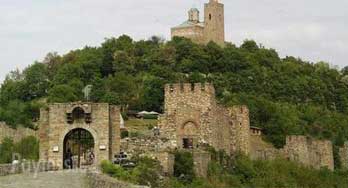 Price: 130.00 BGN (65 €) with 120 min waiting
The Tsarevets fortress is situated on Tsarevets hill. It was the main Bulgarian fortress during the Second Bulgarian Kingdom (1185-1393), when Turnovo was the capital of the kingdom. The audio and light spectacle “Sound and Light”, whose decoration is the Tsarevets fortress, is a collection of dramatic music, colorful lights, lasers and church bells, gathered in one, stories of Bulgarian history. 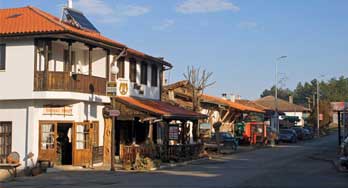 Price: 150.00 BGN (75 €) with 120 min waiting
The ancient village of Arbanasi is located about 4 km from Veliko Tarnovo overlooking the Tsarevets hill. There are many houses, 5 churches and 2 monasteries with ancient carvings, interior decorations and paintings dating back to 16-17 century. The settlement was founded in the 14th century by Bulgarian boyars and reached its economic development until the end of the 18th century. Famous merchant families practice goldsmithing and coppersmith.

Price: ???.00 BGN (?? €) with 120 min waiting
Krushuna waterfalls are located near the village of Krushuna, Lovech region. They are the largest travertine cascade in Bulgaria. The eco-path along the waterfalls passes along most of the interesting waterfalls, ponds and terrestrial forms. Devetashka Cave is nearby. The waterfalls river is called Maarata and springs from the cave at the top of the eco-path. This is the name of the whole area declared a natural park. 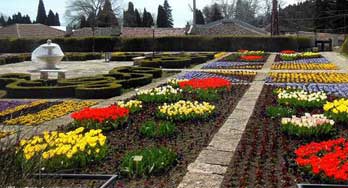 Price: ???.00 BGN (?? €) with 120 min waiting
The Botanical Garden is the main attraction in town of Balchik. It was established in 1955 as a park. Today it covers an area of about 65 acres. The garden has the second largest collection of large-sized cacti in Europe. Much of its territory is protected. Botanical Garden specializes in the development of collections of tropical and subtropical plants and other unique plants. The number of plant species grown in the garden exceeds 2 500.

Excursions and Sightseeing Tours in Bucharest

Palace of the Parliament (Palatul Parlamentului) 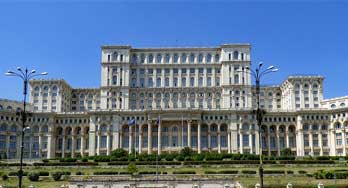 The building was owned by former dictator Nicolae Ceausescu. Tons of marble, wood, and gold were used in the construction of the building in the 1980s, a time when ordinary people in Romania are struggling to cope with the crisis. Chausecu and his wife, Elena, have a major role in construction. The initial idea for the building was to host the Central Committee of the Romanian Communist Party.
Spring Palace (Palatul Primaverii) 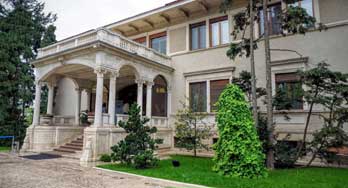 The private residence of Nicolae and Elena Cezuscu and their children. Built in the mid-1960s and known as the “Spring Palace”. Different types of wood – oak, cherry, walnut, mahogany, rosewood, African pear, Canadian cherry, are used to achieve the luxurious interior. The house has an impressive collection of paintings, a wide variety of handmade tapestries, and a large number of mosaics. от уебсайта на двореца.
Triumph Arch (Arcul de Triumf) 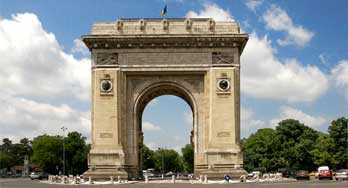 The Arc de Triomphe is located in the north of Bucharest. Originally, it was built from wood after the Romania’s independence in 1878. The present arch was designed in 1935 by Peter Antonescu with a concrete construction at a height of 25 meters. The arc has a staircase that allows visitors to climb the terrace on the top of the monument, but only during the national holidays of Romania.
Lipscani Street (Strada Lipscani) 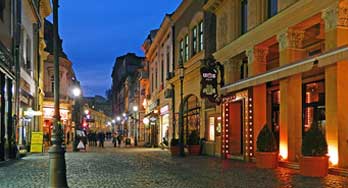 Lipsani is a street that from the Middle Ages until the beginning of the XIX century is the most important commercial area of the city. It is named after Leipzig, as it is the origin of many of the goods that can be found on the main street. The word lipscan means “a merchant who carries his goods from Western Europe”. Nowadays there are art galleries, antique shops, books and gift shops and restaurants.
Revolution Square (Piata Revolutiei) 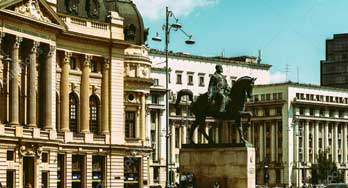 About a quarter of a century ago, former communist dictator Nicholas Ceausescu and his wife, Elena, were shot down after a dramatic, weekly rebellion across the country, killing thousands of Romanians. This is a key moment in Romania’s democracy. Some of the bloodiest battles are taking place in the square of the revolution. From the balcony in front of the building, Ceausescu gave his last speech to the nation on December 1989.
Romanian Athenaeum (Ateneul Roman) 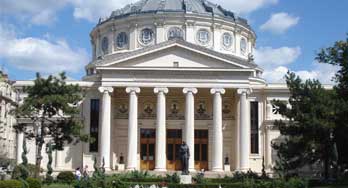 The Romanian Athenaeum is a concert hall in the center of Bucharest. The ceiling of the concert hall is decorated with anthropomorphic and animal motifs inspired by the Romanian folk tales. The long 75-meter fresco, painted on the round wall of the concert hall, illustrates 25 of the most significant events in Romanian history. Today, it is the home of the George Enescu cinema band and usually opens only during concerts.